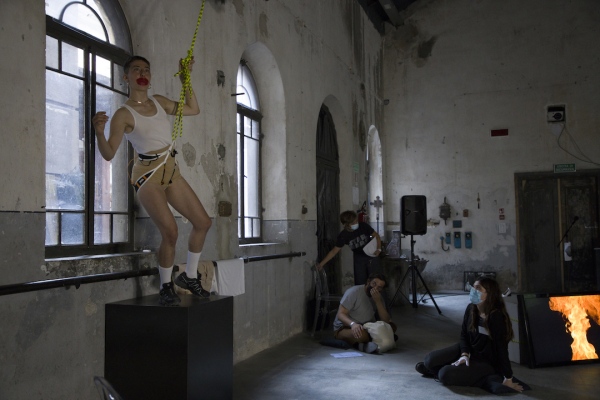 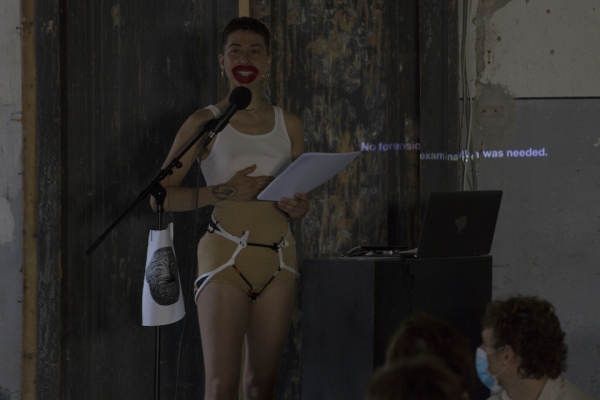 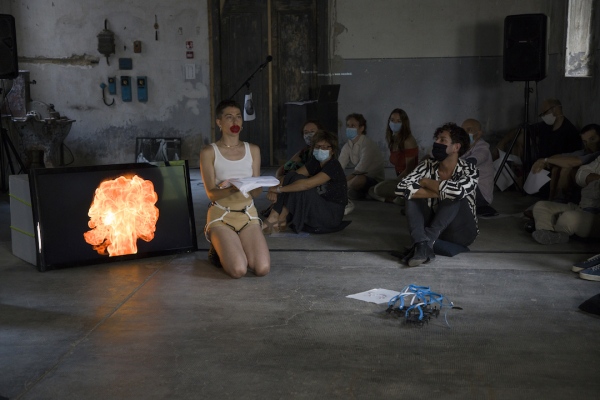 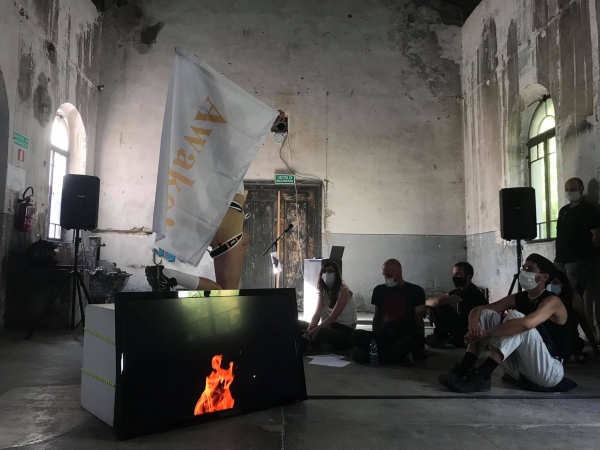 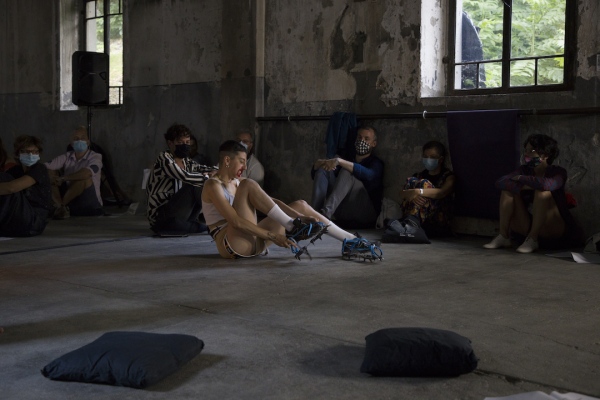 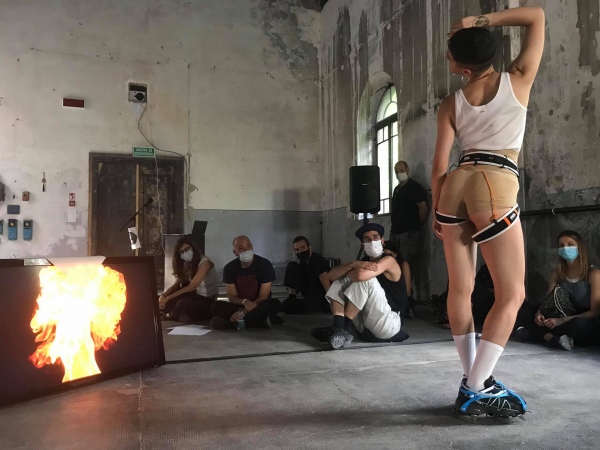 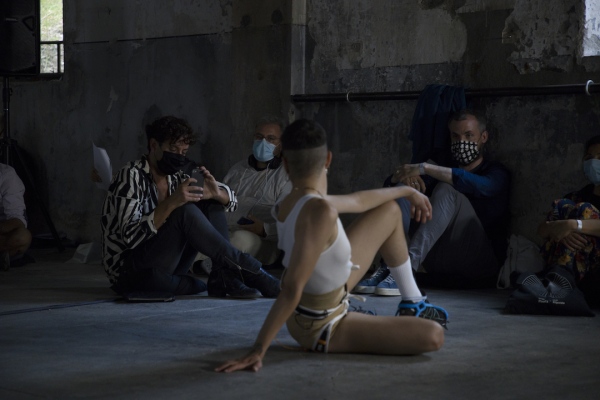 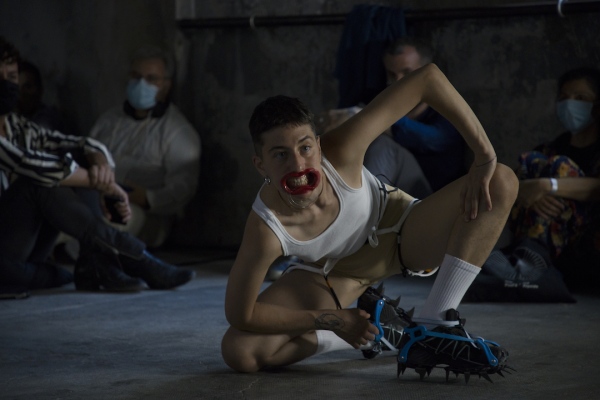 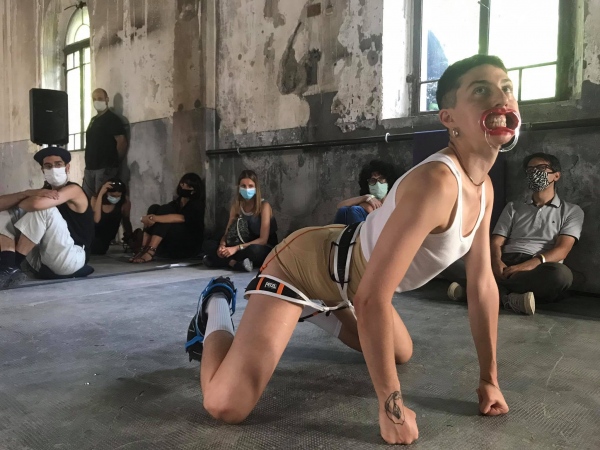 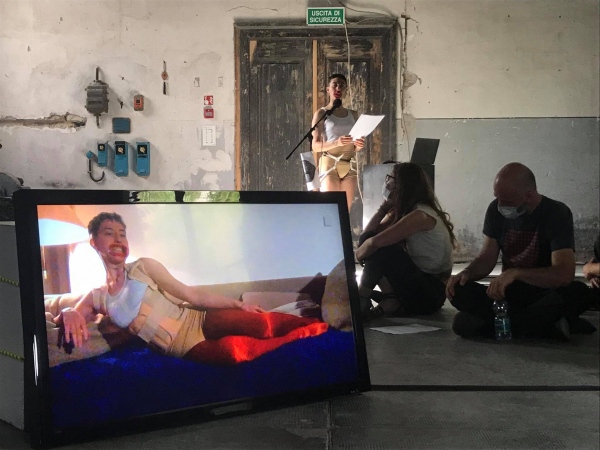 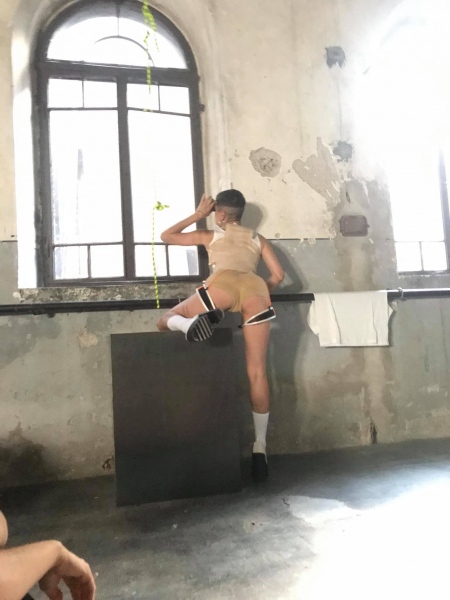 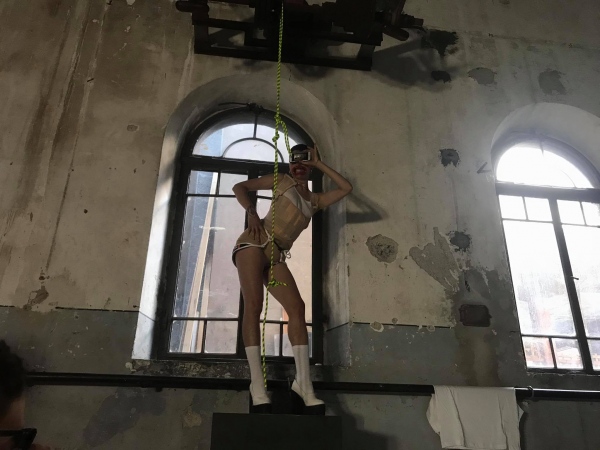 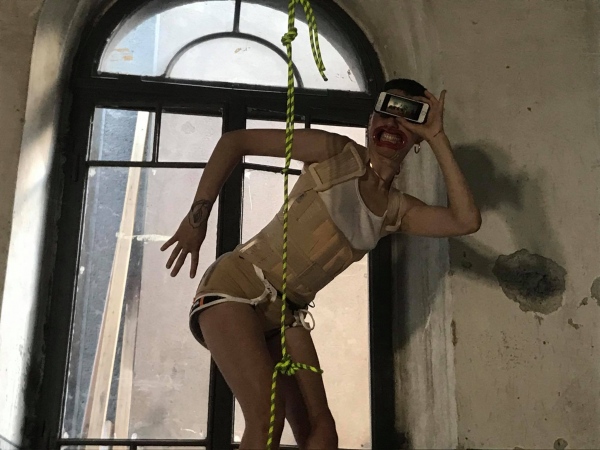 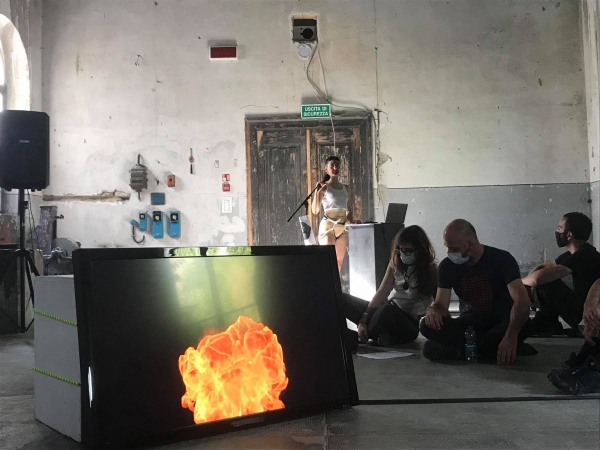 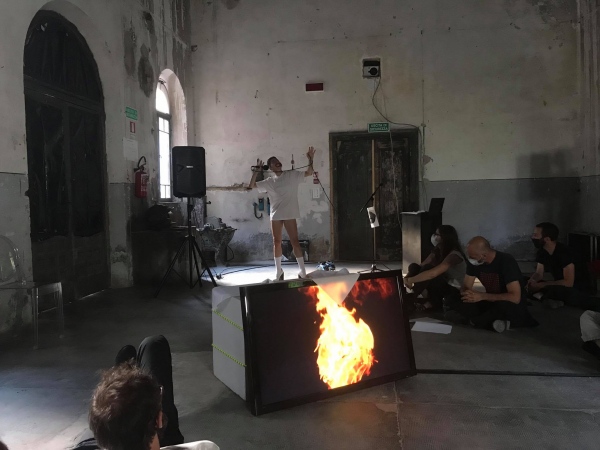 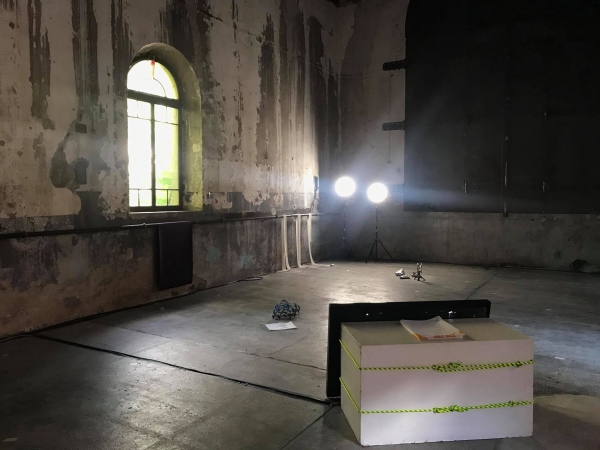 Open Studio performance of Cabaret Portrait: Döner Blackout III. The final version of the piece will be performed in Spring 2021.

The images and video are from the first part of the residency in July 2020.

Reminiscent of a Dada performance at a Cabaret Voltaire show speeches, images and moments shift rapidly from cooking tips to a song, from health tips to a Hula Hoop competition in neo-liberal yet conservative TV shows of Turkey.

Normative timing alters the attention span, thus, creates a new perception model. In addition to that, nowadays, the instruments of control and discipline of the body materialize itself in, say, abdominal control shapewears; fitness and healthy eating tips. Using the timing and pace of TV shows that are famous in Turkey such as Seda Sayan Show, the performance dwells on the issues around absurdities of nationalism and self-orientalism of the East as well as the suppressive and violent control of health and productivity tips. Supposedly taking place in a sci-fi future, the performance points out the awkwardness of the times we are living in. Operations such as hymenoplasty, or say, skin whitening creams as well as advertisements of AI face recognition systems recall a dystopic sci-fi scenario—yet, we are living it.

With the help of jingles, the fragmented text begin to form a narration. Speeches of Trump on the withdrawal of the U.S. troops from Syria, a sound collage of a speech from the film Independence Day and drum & zurna from a wedding in Turkey; hymenoplasty advertisements as well as AI recognition system advertisement are announced with a computer speech voice performed by Gucci Chunk. The song Gloomy Sunday, at the end, add various layers to the meaning taken from the spoken word reminding us the queer deaths. Westernization and the cliches and clashes around it not only find their way in the text and visuals but also in tableaux vivants.

As Sara Ahmed points out, orientalism requiresfarness. Then, what kind of farness one forms to their own culture in order to self-Orientalize? What are the affects of the new Neo-Ottoman culture in relation to capitalism?