Göksu Kunak (Ankara, 1985) is a performance artist/performance maker and writer based in Berlin. Göksu’s interest lies in queer methodologies (especially chronopolitics) and hybrid texts that deal with the performative lingo(s) of contemporary lifestyles. As a non-native English writer, their texts play with multilingualism and syntax. Influenced by Arabesk culture and late modernities, Göksu imagines new situations out of real encounters that point out the problematics of hetero-patriarchal structures. Orientalism, self-Orientalization (the perception of the 'Eastern', and how the Eastern sees themselves through this construction), as well as Eastern masculinities in relation to state governmentality; queer camouflage and self-censorship are other interests of Göksu.

Göksu was nominated for The Dieter-Ruckhaberle-Förderpreis and was one of the winners of Live Works Prize Vol. 8 at Centrale Fies with their piece Cabaret Portrait: Döner Blackout III. With the support of the Berlin Senate and Sophiensaele Theater, they made the piece AN(A)KARA in 2021. Previously, they performed at Radiant Nights De Singel Arts Center, Montag Modus Berlin, Next Waves Theater Volksbühne, Akademie der Künste Lab of Contested Space curated by Junge Akademie, The Parliament of Bodies curated by Paul B. Preciado and Viktor Neumann as a part of Bergen Assembly 2019, KW Institute for Contemporary Art Pogo Bar invited by Léon Kruijswijk, Centre d'Art Contemporain Geneva to CAMP invited by Andrea Bellini and Julian Weber, HAU Berlin City Lights (invited by Meg Stuart and Maria F. Scaroni), Bâtard Brussels 2016 (invited by Tom Engels), 3hd 2019 (HAU Berlin) and 2nd “<Interrupted =“Cyfem and Queer>“ curated by Creamcake, 1a Space Hong Kong as a part of the exhibition 'Hactivate Yourself', Broken Dimanche Press reading series at Tropez Berlin, Pioneer Works NYC curated by Belladonna* Collaborative, TABLOID PRESS Readings and Montez Press Radio, NYC. As a performer Göksu works with choreographer Josep Caballero García and invited by choreographer Jos McKain, they appeared on stage with Fischerspooner at MELT! Festival in 2018.

In January 2018, their first book #225 I thought this would was published by Belladonna* Collaborative, NYC. Their texts and poems have appeared in the book Portrait Wayne McGregor, commissioned by The Bavarian State Ballet, on the official page of The Absence of Paths, the Official Tunisian Pavillion of the 57th Venice Biennial and on the blog The History of Painting Revisited in collaboration with Deutsche Bank Kunsthalle for the Fahrelnissa Zeid Retrospective.

Göksu holds an M.A. in art history with the supervision of Assoc. Prof. Dr. Zeynep Yasa Yaman. They worked as a research and teaching assistant at the Art History Deparment of Hacettepe University. Now, they've begun working on their Ph.D. on queer chronopolitics in relation to performance, blackbox (as a temporal implosion) with Prof. Dr. Bojana Kunst, but never finished.

As an art-dance critic, Göksu has been contributing to several magazines and blogs such as frieze d/e, Ibraaz, m-est, TanzRaumBerlin, Berlin Art Link, sleek, e-skop, crap=good, The Carton, Paper Journal, Freunde von Freunden. Göksu has conducted interviews with various artists, curators, directors such as Hito Steyerl, Meg Stuart, Ahmet Öğüt, Monira Al Qadiri, Hanne Lippard, Annemie Vanackere. They was one of the editorial correspondents of Ibraaz, worked in the editorial team of quarterly interview magazine mono.kultur (2012-2016) and as a writer and project developer with Apartment Project Berlin (2012-2014). Göksu is one of the co-founders of the blog Viereinhalbsaetze that consists of 4,5-sentence-dance-criticism. 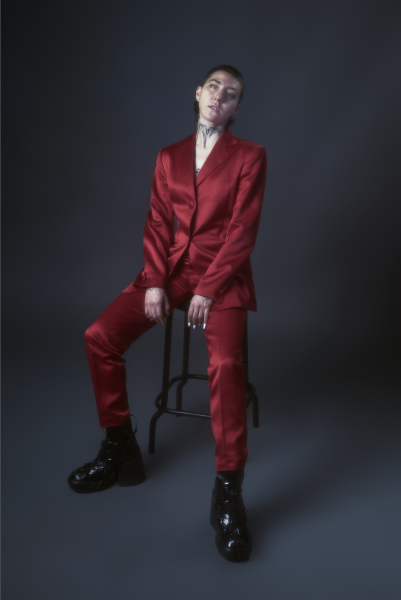